So my best pal is going on tour with my hero.

John McCusker (plays the fiddle an' that) has been working with Mark Knopfler for the past couple of years. And Mark Knopfler - who produced this of course) is touring with Bob Dylan around Europe for several weeks later this year. And McCusker's going to be in tow. 'kin mental!! I'm so proud I could kick his head in. Still, me and Bob actually bonded way before this.

*Cue dream-like harp and glockenspiel arpeggios as we dissolve to a dimly lit plane hangar on the banks of the River Clyde, filled with predominantly male, grey-haired Mojo-reading music enthusiasts* 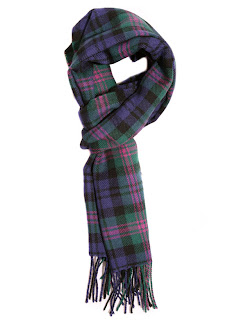 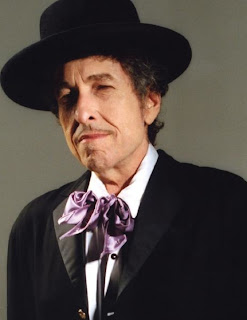 He looked a bit sheepish when this thing sailed out of the dark towards him. He moved to the back of the stage. But a little later he bent down to pick it up (maybe it was in the way of his set list) - and it unfurled to reveal itself for what it was. Not a bomb but a wee souvenir of Bonnie Scotland. Bob mumbled "Alright, thank you" into the mic. To me. Bob Dylan thanked me. I'll pause so you can re-read that and take it in. Got it? So there. How's THAT for meaningful communication?

For the record I'm not an over-the-top Uber Fan or anything. I am way more together than that. But I'll need to ask John to remind Bob about this incident. I say that but let's be honest, Bob is not likely to have forgotten. It was a nice scarf. Macdonald tartan. I mean more like; John can take the opportunity to let Bob know I'm doing fine. He's probably wondering. And maybe he can return the scarf. Only if he's done with it like. But, y'know, I mean.... that's been 20 years he's hung on to it.

Oh - here's a wee drawing I once did of Bob on Evernote: 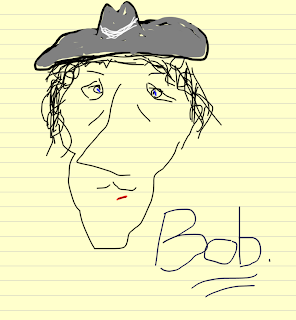 I know. Uncanny. Never had a lesson in my life.

And while I've got you, I'll post this in tribute to the late great (one time Bobby D scuffing partner) John Herald. That night John played downstairs at the 13th Note Cafe in Glasgow - solo and backed by my old country band Radio Sweethearts - lives on as a magical memory. John you are gone, but you are not forgotten.

Recent things I have liked

Hello - I am alive. Three random things that I have liked recently. 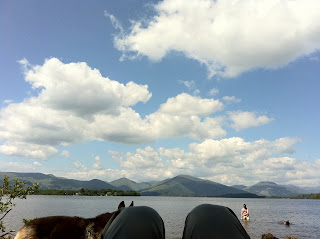 A documentary about Leonard Bernstein...

Oh and one other bonus thing: "What did the animal walk to the zoo? Because he shivered" (Hugh's first made-up joke. Well, it's a start....)
Posted by Francis Macdonald at 13:49 1 comment: