"Tracyanne & Danny" is out now. 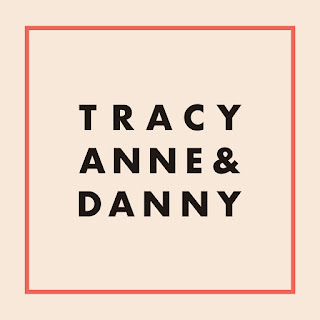 This week I learned that Roald Dahl wanted Spike Milligan to play Willy Wonka in the film. Fancy that.


This is one of the best books I have ever picked up:


...and this, by the same author, is one of the most extraordinary:

Looking forward to the next episode of this.
Posted by Francis Macdonald at 03:49 No comments:

I met Scott Hutchison once, a few years ago, when I brought Tracyanne Campbell along to a studio on the east side of Glasgow where she recorded a guest vocal on "Fuck This Place" - a Frightened Rabbit track for an EP they were making to sell on tour. 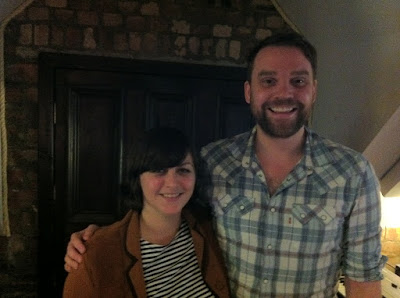 I didn't really know Scott but that day he was was friendly and unassuming and was pleased to have Tracyanne involved.

There is a lot of heartbreak and pain being expressed about Scott's passing. He touched a lot of lives and was loved. I wasn't going to write anything because I can't pretend to have really known him. But I read that his family and friends were taking strength from the thoughts expressed and memories shared. And I remember that when we lost Carey, Tracyanne and the rest of the band, and Carey's family and friends, drew support from others sharing the different ways in which Carey had touched their lives.

I hope Scott's bandmates, family and friends are holding up as best they can.

In Michael Palin's diaries he writes about a church service for his sister who took her own life. A family friend says,"If only she could have seen herself as we all saw her."


Posted by Francis Macdonald at 10:40 No comments:

It Can't Be Love Unless It Hurts

You know Teenage Fanclub are hitting the road later this year, right?

I loved these two Spike Milligan radio docs about recordings of discussions between Spike and his biographer. In the first episode there is a brutal war anecdote. And Michael Palin's wee story about Spike trying to phone him is a gem. "I've been trying to call you for two weeks to say I thought Roger Of The Raj was great. Now I think it was bloody awful!"


The Royal Television Society Scotland Awards take place soon. I worked on music for two programmes which are nominated. Keep your eyes crossed for me.

This is one of the best books I have ever picked up. 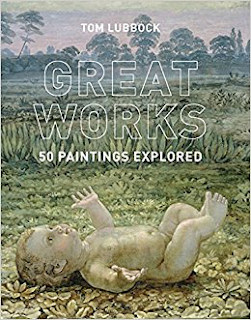 And this is powerful and raw, darting from passionate endorsements of classical music to the legacy of child abuse and more. Hard to describe but glad I read it. 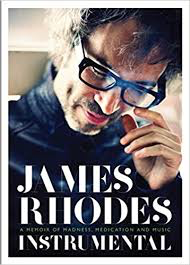 Caught this on BBC i-player and calmly soaked in it like a nice warm bath. With a sprinkle of Radox. Spookily lit by a candle from Flying Tiger.

3 or 4 years ago I saw a good amateur production of Tchaikovsky's Eugene Onegin. Last week I saw Scottish Opera's production. Loved it. I used to think I'd be bored going to an opera, but so far so good. I've liked or loved everything I've seen by SO.

Someone from Scottish Ballet has been in touch about choreographing a performance for two dancers to one of my pieces. Exciting.

And I signed some of my music to esteemed publishers Mute Song.

Anyway. Never mind all that.

Tracyanne & Danny are touring the UK this month. 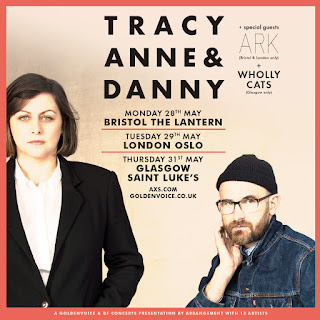 They've unleashed a new song online and it is a belter; "a beautifully composed piece of songwriting" in the words of Clash magazine:

Tickets for their shows in UK and US can be booked here.

Don't come crying to me if the gig you're thinking about going to sells out.

See you down the road.

Posted by Francis Macdonald at 12:47 No comments: