Oh my stars, (as a wee girl used to say in a misremembered Victorian (?) children's drama from the early 80s where the actor who played the amiable chef from Fawlty Towers was a mean dad, but I digress...)

So last week we had the live premiere of "Hamilton Mausoleum Suite" in the mausoleum itself. 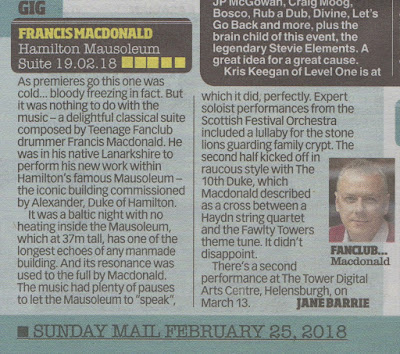 If you listen here from 1 hour 5 mins, I was on the BBC Radio Scotland's "Out Of Doors"  programme discussing recording in the Mausoleum along with very knowledgeable guide Peter.

You can still order the "Hamilton Mausoleum Suite" album on CD/LP here.

The nice folks at the highly recommended Glasgow Music City Walking Tours asked me to blog about the project - so I did.

What else? Young Offenders Episode 3 made me laugh and cry at the same time.

Tracyanne & Danny is a new project featuring Tracyanne Campbell from Camera Obscura and Danny Coughlan from Crybaby. Produced by Edwyn Collins & Sean Read (Dexys), I can vouch that it is a wee beauty.

UK dates, US dates, album release date and a new song can all be found at:

Posted by Francis Macdonald at 09:49 No comments: 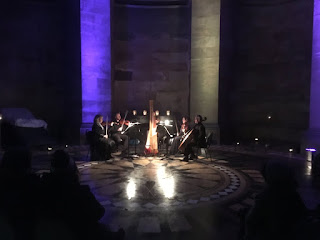 As I type I am reflecting on last night's live performance of "Hamilton Mausoleum Suite". What a privilege to hear my music played by great musicians in an amazing venue!

Sincere thanks to the musicians, punters, Hamilton Low Parks Museum staff and, well, everyone who has been supportive of my notion which became an idea, then a concept and then a thing.

Felt like a culmination of something. Although we are doing it again next month in Helensburgh... 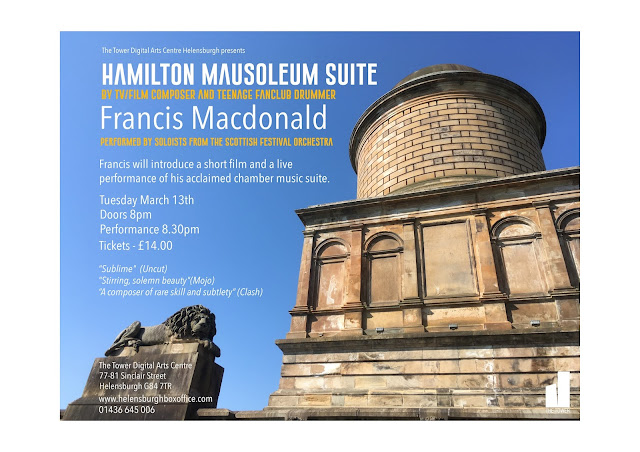 To book tickets go here and click Live On Screen

More info on the "Hamilton Mausoleum Suite" album at www.francismacdonald.com

I was on BBC Radio Scotland's "Classics Unwrapped" the other night. I'm blethering from 4 mins 43 seconds. You can listen here. 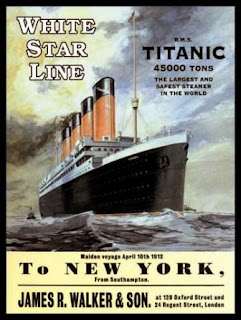 I just had a pleasant city break (as they call it) in Belfast. The Titanic Exhibition was fandabbydozy (sp?). The Gilbert & George Exhibiton at The Mac provoked one of my children to announce that it "hurts my brain". G&G might claim this as a victory.

Elle is pretty dark and dramatic. By the end I felt like I'd binge-watched an entire series of a disturbing French psycho-drama.

I loved "Loveless". I'm all for a long slow film in the hands of an intelligent, confident filmmaker, that keeps me thinking about it days later.

"Young Offenders" is a hoot - the film on Netflix AND the series on BBC One.

Pity Paddington 2 didn't do better at the BAFTAS. Loved that film.

Recipe Corner - this was a revelation... 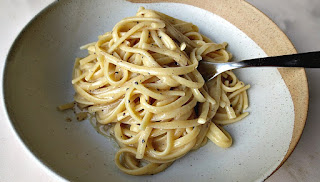 The Teenage Fanclub bandwagon is starting to roll... 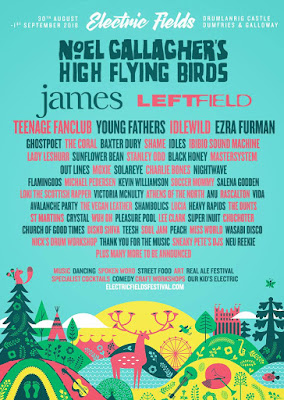 Posted by Francis Macdonald at 13:42 No comments:

"Hamilton Mausoleum Suite" just got honourable mentions in The Scotsman...

...and the Peterborough Telegraph...
And it entered the Top 50 Classical Artist Charts at Number 30.

In other news I saw Scottish Opera's production of Greek and loved it and The Transatlantic Sessions at Celtic Connections and loved it too. Julie Fowlis always a highlight. John McCusker was there too.

I have mastered Panettone bread and butter pudding, btw - so watch out.

This New Yorker article on women and the mafia is nuts...

What else? Oh! Don't forget "Hamilton Mausoleum Suite" LIVE performance in The Tower, Helensburgh next month. The Helensburgh Advertises are excited...

You can order "Hamilton Mausoleum Suite" here - or at all good physical and digital music retailers....

Tinkety-tonk, old fruit, and down with the nazis.
Posted by Francis Macdonald at 06:58 No comments: