"Bonjour" was reviewed on this French blog thus:

I'm stalling reading "The Days of Anna Madrigal" - I don't want to bid farewell to the Barbary Lane crew just yet. After rewatching this I'm dipping in to Untold Stories... 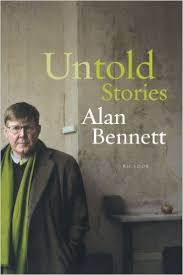 The very first opera I attended was La Bohème staged by Opera Bohemia in St John's Renfield Church in Glasgow. I was back last night for their production ofThe Pearl Fishers which was grrreat.

I liked this Bruce Forsyth anecdote.
Posted by Francis Macdonald at 01:50 No comments:


Now, I'm not really one to self-promote (*reader splutters mouthful of tea down their front and into their lap*), but I was sent a translation of some praise for "Bonjour" from an on-line radio DJ in Serbia that I thought I might share... 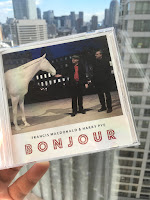 Frances plays drums on TFC, Harry is visual artist. One wrote the music, the other lyrics. Together, they recorded an album “Bonjour” which was released in March. It opens with hit “I Feel Like a Record That’s Scratched”, and it describes the very same feeling I felt in life so many times. And the song doesn’t sound any less spectacular than title. There’s also songs about Frank Sinatra on Capri, about Beach Boys’ Mike Love and couple of spoken word tunes. But now I wanna talk about some other song. Their tribute to great director Jean Luc Godard titled “Sympathy For Jean-Luc Godard” date back from the 2014, but I’ve discovered it recently. Since then, I am playing it for more that 10 times a day. And I can’t get enough. What a fucking hit! While I listen to it, I see Anna Karina in white shirt, on the coast of some small town on the south of France, as she’s dangling her legs across the sky while she’s sitting on some isolated bench, feeling sad that summer is passing by. I can se Jean Paul Belmondo as he calmly smokes cigarette next to a broken car, while he’s waiting for a friend to come and pick him up, so the can go back in Paris. I see Jean Seburg in blue-white striped t-shirt, as she’s drinking coffee on some porch, while laughing like crazy about something. I see Brigitte Bardot, as she’s sleeping naked, while open book lays across her breasts. And I also can see all those summers that brought me and took from me all those things that made me the man I am today, with everything I love and hate about myself. This song is reward for thousands of average albums that went through my ears. It’s the needle in the hay. Because of songs like this one I am listening to music. I know that people usually don’t click on links with songs they are not familiar with, but please, make an exception this time. Je n'aime pas monsieur Guy Ritchie His work means nothing to me Je n'aime pas David Cronenberg “Videodrome” just got a minus

Meanwhile, providing the music for a primetime ITV quiz show and then following viewers' tweets can be an emotional rollercoaster ride... 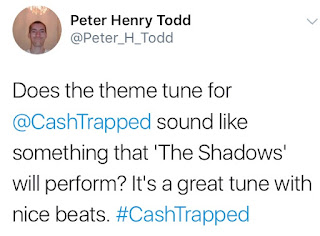 In other news - this is a grim, powerful doc that puts first world problems into perspective.

I thought Okja was kind of a hoot. Made me think of the original Willy Wonka film for some reason.

Ozark continues to be great. 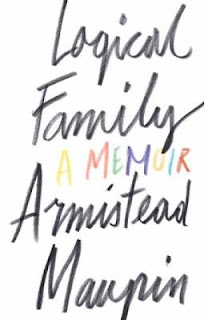 I've booked to see the brilliant Armistead Maupin in Edinburgh in October (whoop!) 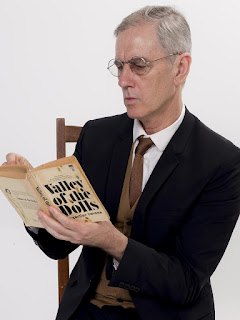 I am also going to see the great Robert Forster in Monorail in September (wey-hey!)

Oh and I'll be running a block of Songwriting Classes at Glasgow University from the end of Sept - 2 hours per week for 10 weeks. Tell your aspiring songwriter pals.

Right - I need to go and practise my ukulele.
Posted by Francis Macdonald at 04:46 No comments:

Such posing, such loud talk, such vulgarity...

If you missed "Orkney - When The Boat Comes In" (a gem of a doc to have worked on), some of you can catch up here.

Also, Cash Trapped is back (Hans Zimmer worked on Blockbusters you know) and, because I provided the music, a small person in my family got into the spirit to support a couple of the players:


Talking of Hans Zimmer (I should've been a DJ) I've heard some criticism of Dunkirk but I thought it was amazing. I loved the structure and the show-don't-tell approach and the way the soundtrack worked, and lots more.

Dear Billy Sloan & Roddy Hart - thanks to both of you for playing this song on your respective BBC Radio Scotland shows:

Ian Rankin tweeted that he bought the album, which was nice.

We've had a few reviews for "Bonjour" now: 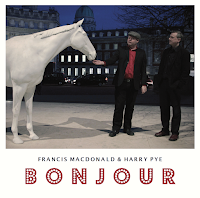 Makes you want to buy it, right? Links to order it here.

I am giving Ozark on Netflix a spin.

Watched good ol' "Way Out West" for  the first time in yonks.

And now a few words from Tom Baker:

"I was led to Maud's table, she had a permanent place there, and the waiter laid me out for her, covering me with a napkin as big as a sheet. For a moment I thought he was going to shave me. He merely offered my a menu as big as a Monopoly board. And the wine! The smoked salmon! The quality of the glassware! I glanced around me and saw all those famous faces. I was the only one there I'd never heard of. Such posing, such loud talk, such vulgarity. I was completely at home." 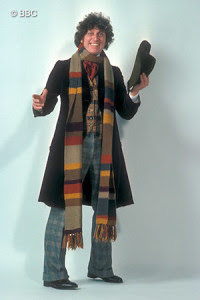 Posted by Francis Macdonald at 04:25 No comments: