"To Francis from Glasgow..." 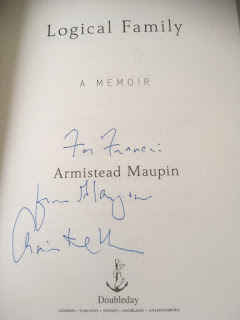 On Friday I travelled through to Edinburgh for a Q&A event with the great Armistead Maupin. He was brilliant, of course. Us punters could have listened to his chat all night. When they opened it up to questions I asked, now that he had completed the Tales Of The City novels and written his memoirs, if there were going to be any more stories. He said - yes a contemporary Tales Of The City series had been commission by Netflix and Laura Linney (brilliant in Ozark) would be involved (cheers and claps ensued). I'm in.


When he asked for a selfie how could I refuse. (kidding)


Last week I saw a preview of Downsizing.

High concept - sure (fancy retiring to a community where everyone is 6 inches tall including you?). But also kind of great. Review ends.

On TV I've been digging The End of the F***ing World (Très stylish, snappy and watchable) and also Ken Burns's Vietnam doc on BBC 4 (here's a good New Yorker piece on the man himself).

In other news you can pre-order my "Hamilton Mausoleum Suite" on CD/LP/Download here.

In Music-For-TV-World, 3 episodes of "Best Laid Plans" have been transmitted. 7 more to go. I'm off to compose myself.

Posted by Francis Macdonald at 04:58 No comments:

"A Proud Monument To Wealth"

Thanks to The Skinny Mag for premiering this short film about my "Hamilton Mausoleum Suite".

It was shot by Mark Boggis and directed by Charlie Francis. 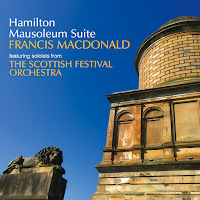 You can pre-order the album on CD, limited heavyweight LP or Digital Download here.

In other news "Best Laid Plans" (for which I provided the music) has just kicked off a 10-week run on Channel 4. (that's not me in the photo)

I saw a preview of Daphne recently. 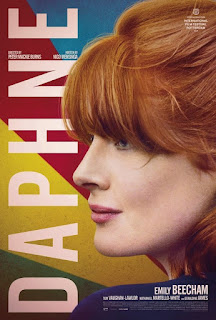 I thought it was great - beautifully shot and Emily Beecham was amazing.

I watched the George Michael doc on Chanel 4. He sure entertained a lot of people. His story about the circumstances of his performance at the Freddie Mercury tribute show was pretty incredible.

I've finally cracked this open after putting it off. I'm going to miss these characters... 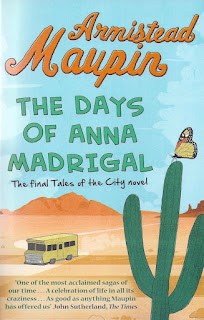 Posted by Francis Macdonald at 06:53 No comments:

"Sarcophagus" is taken from my new album "Hamilton Mausoleum Suite".

Featuring soloists from the Scottish Festival Orchestra, it will be released on 26th Jan 2018 on LP, CD & Digital.

The music was inspired by - and recorded in - the wonderful mausoleum in Hamilton, Lanarkshire in Scotland.

Alexander the 10th Duke ordered its construction as a family burial vault. He was eventually interred in an Egyptian sarcophagus on plinth in the mausoleum which was finally completed in 1858, several years after Alexander's death.

Posted by Francis Macdonald at 02:35 No comments: