...to BBC One Scotland on Monday (or i-player afterwards) for the start of a three-part history of the Scottish police. And not just because I did the music.

I highly recommend this:

I caught up with James MacMillan and Micky Flanagan (no not in the pub - keep reading) on their respective Desert Island Discs podcasts. Best radio programme ever.

Did I ever mention that time I watched James MacMillan conduct my orchestral arrangement of a tune apparently hailing from St Kilda while Craig Armstrong... - oh I did. (Well. It's not like it happens every day.)

This week I spoke to some composers at the Royal Scottish Conservatoire. I talked them though my showreel.

No one fell asleep. Go me.

You can still pre-order "Hamilton Mausoleum Suite" here.
Posted by Francis Macdonald at 03:02 No comments:

Cantata For No Voices

"Cantata For No Voices" is a track from my "Hamilton Mausoleum Suite" which will be released on 26th Jan on CD/LP/Digital. The players are John Davidson (cello), Emma Connell-Smith (viola) and Sharron Griffiths (harp) from the Scottish Festival Orchestra:

Tickets disappeared immediately but if you lost out and you are near Glasgow; on Jan 11th a short film about the project will be shown as part of the Blueprint night of short films at GFT.

You can pre-order the album here.

In other news, "Murder On The Orient Express" was diverting fun. And I dug "Battle Of The Sexes". But way out in front with 2 thumbs, 5 stars and a big wet kiss was:


Even better than the first one. Full of love and fun. We should all be like Paddington. Thank you, Michael Bond.

Armistead Maupin's "Logical Family" doesn't disappoint. Here he is on a brief meeting with Tennessee Williams:

"...so we shared the joint for several minutes, talking about nothing more than the moon in the sky. I did not try to introduce myself or be one of those fans he had fled. I knew he would prefer the kindness of a stranger." 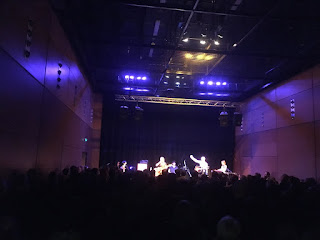 The Vaselines were great at the CCA on Saturday, of course. Rock n roll n innuendo. 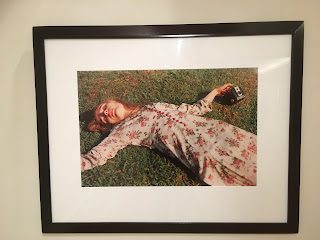 (Buy me a pint and I'll tell you about the time I met him).

Right - I am away to write some more music for this: 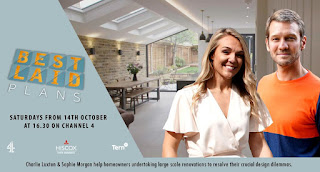 Posted by Francis Macdonald at 02:33 No comments: