On Friday I attended a ceremony at Glasgow City Chambers to honour the actions of trade unionists in East Kilbride in 1974. Engineers John Keenan, Robert Somerville and Bob Fulton, along with their colleagues, refused to work on Rolls Royce aircraft engines that were to be serviced for the military dictatorship in Chile. I was in attendance to watch these men receive the highest honour that the Chilean government can bestow on a foreign citizen. Robert, Bob and John were shown a film of messages of thanks and appreciation from citizens of Chile. Then they each gave short, modest speeches. Moments like this can restore your faith in humanity. Here is the kickstarter page for the planned feature film.


Here is a short film with some Glasgow music folks talking about Alex Chilton's relationship with the city.

And in other news:

Here is my interview with Janice Forsyth on BBC Scotland. I am blethering about my new album "Music For String Quartet, Piano And Celeste".

The Herald gave my album a nice review mentioning "a given gift for melody" - so yay.

Posted by Francis Macdonald at 13:56 No comments:

Monkey Thinks God Is A Banana


Domestic religious discussion. Six year-old son is talking about sharing his pal's god. This is probably more a ploy to do with trying to share his X-Box. Meanwhile five year-old daughter wants to know what 'god' is. Jeez. I mean golly. I venture that some people believe in God and think of him as a friendly ghost. For others he exists but only in their mind. But lots of people don't think he is real at all. Five year-old daughter declares, "Monkey thinks god is a banana."

In other news, "Music For String Quartet, Piano And Celeste" has had some plays on Classic FM, RTE Lyric FM (thanks John Kelly) and BBC Radio Scotland's "Classics Unwrapped" (Listen here.)

The Herald also ran a positive review so it's official: I have a "given gift for melody".

*breathes on nails, brushes them on lapels - or place on cardigan where lapels would be*

Fare thee well and may your banana go with you.

Posted by Francis Macdonald at 02:44 No comments: 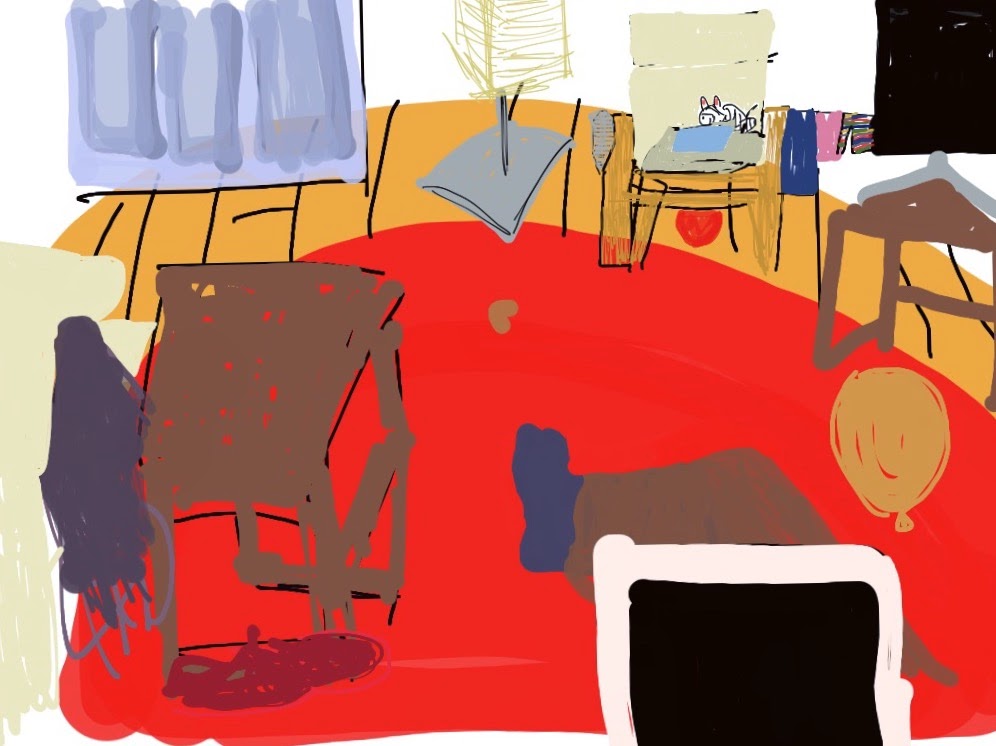 Recorded some tambourine, egg shaker and backing vocals for Teenage Fanclub. Yes we are still working on the album and no it is not going to be called Boyhood.

Made a new video for "September Weekend", a track from my instrumental album Music For String, Quartet, Piano & Celeste.

Was asked to do music for a new TV project which I can't talk about and it's - d'oh!

Watched House Of Fools and a very good David Hockney* doc and a Hungarian film with loads of dogs.

Got bought a drink by Jackie Brambles (she didn't just buy one for me but it sounds more enigmatic if I don't elaborate. )

Had a couple of play of this from Classic FM.

I believe I am going to be a guest on the BBC Radio Scotland Culture Studio with Janice Forsyth on Fri 27th March blethering abut my new album. Did I mention my new album?

And I believe BBC Radio Scotland's Classic Unwrapped is going to play some of my new music on Sunday 22nd March between 9pm and 11pm.

*(I wonder if he ever got the album I sent him?)

Posted by Francis Macdonald at 09:07 No comments: