"It'd Be Quite Nice If I Could Have A Motorbike, Or Even A New Pair Of Socks"

The title of this blog is taken from The Monks Of Pluscarden, a chapter from "Daunderlust - Despatches From Unreported Scotland" by Peter Ross. It is a great read - funny and affectionate and moving. If you like Scotland or are in any way interested in the country and its people - I highly recommend it. 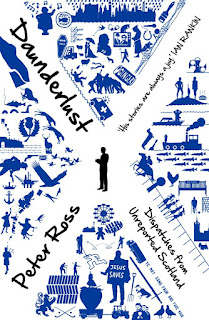 Here's a piece of music I like by Toru Takemitsu, played by The Scottish Ensemble...

I am loving The Sound Of Musicals presented by Neil Brand. Neil is my new fantasy dinner party guest. He can sit next to Billy Connolly.

Here's a film I recommend...

I've written an orchestral piece of music that I can't tell you about yet. 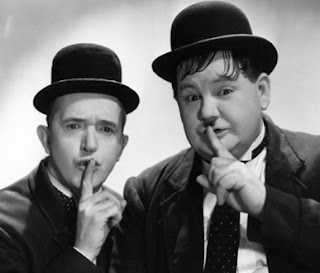 Tinkety tonk, old fruit, and down with the nazis.

Posted by Francis Macdonald at 14:33 No comments:

Whoop! TFC are hitting up Europe next month... 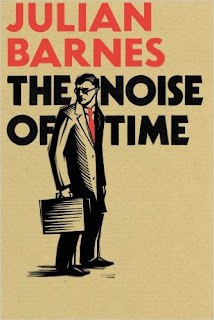 I wonder if anyone recommends another Julian Barnes book that I should read? 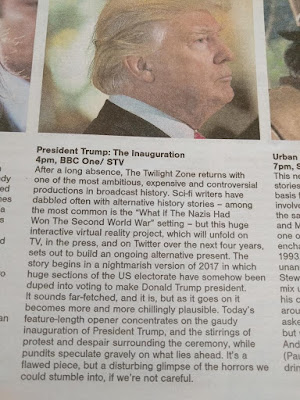 Sherlock didn't tie me in emotional knots or leave me frustrated that there was too much of this and not enough of that - I just lapped it up as great TV.

Quoting from their website "CinemaAttic is the platform for Spanish, Iberian and Latin-American cinema in Scotland." I went along to a screening at the CCA and - ay caramba! - it was great. There was animation from Argentina, a documentary about lesbians in Cuba - but this was my favourite:

Funny and heartbreaking and beautifully shot.

In my experience a lot of short films can manage to feel slow and overlong; a good idea dragged out when a snappier, less heavy-handed approach would be just the ticket. But CinemaAttic seem to have good quality control. I'd head along again on Feb 10th but, as above, it looks like I will be in Copenhagen with a bunch of Fannys...

Approaching 9k plays for this which is amazing...

Posted by Francis Macdonald at 04:48 No comments:

Someone kindly sent me Robert Forster's "Grant & I" from Australia (inexplicably unpublished in the UK). 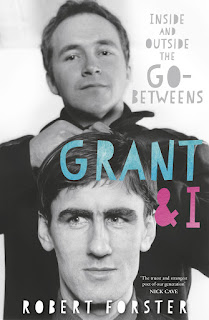 I loved it. Honest and clear-sighted. Funny and moving. A great story well told. 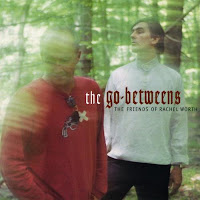 I fell for the Go-Betweens when they joined Teenage Fanclub for some shows in Spain in Nov 2000 around the release of The Friends Of Rachel Worth - still my favourite of their albums. A few years later we played more shows together in Spain, finishing up in Bilbao; one of their very last gigs. They were amazing live. And yes, Robert, with regard to Page 317 - we sure do remember Grant devising a new cocktail called a Go-Between. That whole run of dates is a golden memory. I barged into your dressing room after the last show and said," Everybody gets a hug", euphoria being the mother of uninhibitedness.

Despite their songs generally being co-credited a la Lennon-McCartney, Robert and Grant rarely wrote together. But here's one song from their last album where they did collaborate:


When Grant passed away Keith Bruce at The Herald asked if I would write an appreciation.

Now I am reading The Noise Of Time and lapping it up. I've got a lot of listening to catch up on but this is one of my favourite pieces by Dmitri Dmitrievich


I saw Napoleon at the good ol' GFT (thanks, Eugene). Six and a half hours including intervals. Epic and cinematic and stirring with sprinklings of humour throughout. A great thing to experience. And it starred Gene Clark. 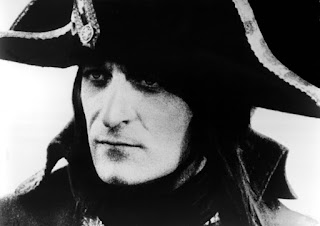 Say, after Japan and Australia, Teenage Fanclub are coming back to the US/Canada in March.

All confirmed dates are here.

Au revoir.
Posted by Francis Macdonald at 11:59 No comments:

I am looking forward to Teenage Fanclub shows in Europe, Japan, Australia and beyond. All confirmed activity is *drum roll* here.

I enjoyed Sally Wainwright's "To Walk Invisible" - and Sherlock, of course (Mark Gatiss was brilliant on Desert Island Discs a while ago too). And West Side Stories which reminds me I must rewatch this...


I am going to have to find a new cake recipe cos I've beaten this one to death. Any suggestions?

Robert Forster's "Grant And I" continues to be a hoot:

"Grant shared a flat with Jack Davidson, a laconic, chain-smoking (non-filter, forgotten the brand) Scottish artist who I once unthinkingly asked if he'd done any portraits lately. For him to reply, "Nah. You written any symphonies lately?"

"I would never do vision-inducing drugs before a performance again."

My New Year's resolution is to finish and release this project...

And off he waltzed...

*(I don't think Robert came up with this but it was skilfully employed...)
Posted by Francis Macdonald at 03:45 No comments: